As euphoria builds in Canada towards the 2015 FIFA Women’s World Cup of Soccer, the true victory is the growing recognition of its female soccer stars. While team captain Christine Sinclair is a household name, akin to Canadian women’s hockey legend Hayley Wickenheiser, the remainder of the roster is earning its well-deserved time in the spotlight.

Among the players who star status is rising rapidly is the stunning Lauren Sesselmann. Having won gold with Canada at the 2011 Pan-Am Games and a bronze medal at the 2012 London Summer Games, she has been part of a golden era in Canadian women’s soccer. With a captivating personality and girl next door looks, she continues to capture the imagination of soccer fans, both novice and familiar. 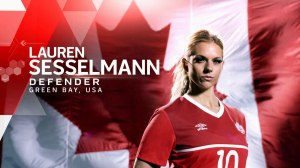 The most unique aspect about Sesselmann is the fact that she is an American-born player. Raised in Wisconsin, her father was born on a military base in Newfoundland, Canada. Of note, Sesselmann would only acquire her Canadian citizenship in 2010 earning her first cap for the Canadian national team on September 17, 2011. Ironically, the rival American soccer team features Sidney Leroux, a Canadian-born player from British Columbia.

Having played at the NCAA level with the Purdue Boilermakers, Sesselmann would compete at the professional level with six different teams. Selected 44th overall in the 2009 WPS Draft by the Chicago Red Stars, she would also be claimed by the Houston Dash in the 2014 NWSL Expansion Draft. 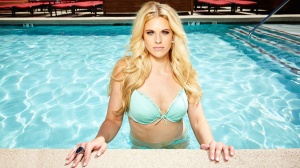 Her first experience in Canadian popular culture stemmed from an appearance in Sportsnet Magazine’s Beauty of Sport edition. Along with national team member Kaylyn Kyle and Emily Zurrer, this beautiful trio were featured in a swimsuit photo shoot in Las Vegas. Although the photo shoot gained a new legion of fans and admirers, the upcoming World Cup is a chance to appreciate her talents on the field.

Testament to her growing popularity and celebrity status in Canada is a promising acting career. Appearing in The X-Species, a Canadian-produced film directed by Neko Sparks to be released later this year, it stands as her second acting credit. Last year, she played the role of Faith in the film Dark Awakening, which starred Jason Cook and Lance Henriksen. There is no question that the camera loves Sesselmann and vice-versa. 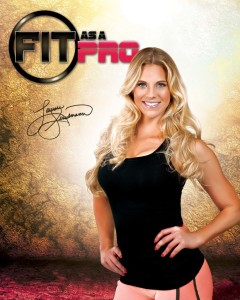 Complementing her budding acting career is an exercise DVD that can be purchased from her website Fit As A Pro. Conceived in the aftermath of the 2012 London Summer Games, she shares her own innovative training program. Titled Five 10-Minute Full Body Workouts for SMALL SPACES, she looks to provide guidance and consult individuals looking to get fit without any equipment needed.

Taking into account that the 20th Century saw male athletes such as Jim Brown, Chuck Connors, Frank Gifford and Joe Namath make the transition from actor to athlete, Sesselmann is setting a precedent. Over the years, several female athletes have balanced modeling careers; therefore, Sesselmann may launch a new trend that sees other female athletes consider an acting career.

Considering the hypnotic impact that hockey holds over Canadian culture, women like Sesselmann are making a strong case for soccer to be part of such inclusion. While a victory in the 2015 FIFA Women’s World Cup would represent a remarkable milestone for Sesselmann and her teammates, her growing impact as a role model, sex symbol and pop culture icon are raising the awareness of women’s soccer in Canada.